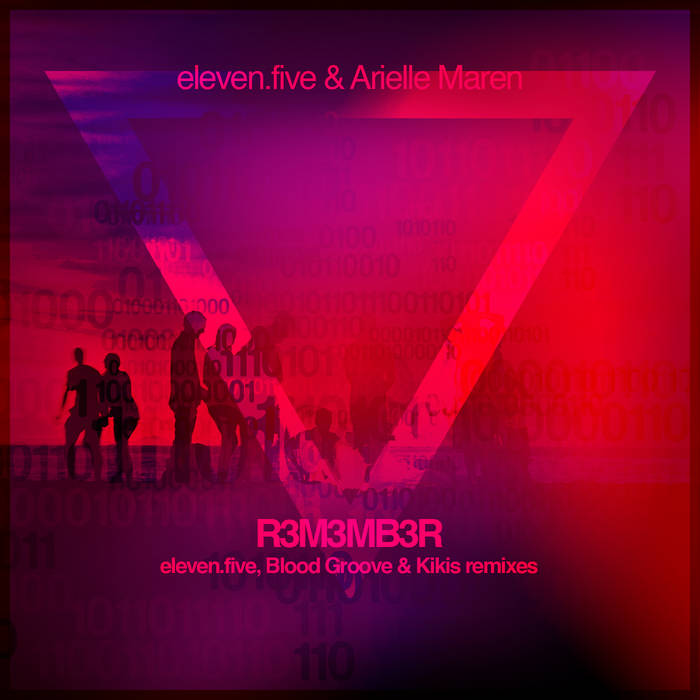 Near the end of 2016, we were treated to eleven.five's poignant debut artist album, "When People Become Numbers." Amongst many memorable pieces, "Remember," featuring the extraordinary Arielle Maren, stood out to us and served as the album's lead single, as well as the inspiration for an official music video. Label veterans Blood Groove & Kikis now join eleven.five himself in offering fresh new takes on this heartfelt classic.

Blood Groove & Kikis' unforgettable rendering begins with a chilled, beat-less introduction, in which the soothing sounds of nature unite blissfully with radiant, sun-kissed synths, and, of course, Arielle's ethereal vocal. A vintage progressive house groove ultimately joins the soundscape near the three-minute mark, adding a gentle swing to the arrangement, as the song patiently crescendoes toward the climax. With so many melodic masterpieces under Blood Groove & Kikis' belt, we're reluctant to use superlatives to describe their latest work, but it's truly fair to say that the cinematic main breakdown to follow is one of the most breathtaking moments of their celebrated oeuvre.

We had always hoped for a more traditional 4/4 interpretation from eleven.five of his alternative-electronic, trip-hop-flavored "Remember," if only for the versatility it would afford us in our DJ sets. eleven.five's new progressive take, which has received early radio support from Above & Beyond, completely fulfills that request and also proves to be as emotive and inspired as his original version. The song jets out of the gate, courtesy of an exhilarating groove. In contrast to the emotional fragility of the original cut, Arielle's verses and subsequent chorus exhibit a more inspirational quality, which suits eleven.five's euphoric instrumentation perfectly.

Bandcamp Daily  your guide to the world of Bandcamp